Now that the final negotiations for the United States – Mexico – Canada (USMCA) trade agreement have been worked through, there are a lot of anxious agricultural interests that are pressing for timely U.S. Congressional approval. The American Farm Bureau Federation (AFBF) is one such supporter and the organization’s President, Zippy Duvall made that clear in this statement.

At this writing, there is eager anticipation that the U.S. House will take the proposed USMCA agreement up next week, prior to going home for the year. Current media accounts, however, seem to be indicating that the necessary approval in the Senate will be delayed until next year, possibly after whatever final hearing schedule unfolds in taking up the impeachment trial that is expected to be coming from the House.

Book of The Year

We are excited to announce the American Farm Bureau Foundation For Agriculture released the 2021 book of the year, “Tales of the Dairy Godmother: Chuck’s Ice Cream Wish.” The book […] 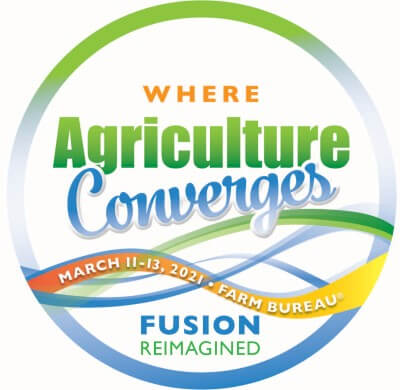 Registration is Now Open For the Virtual Fusion Conference

Registration for the 2021 American Farm Bureau FUSION Reimagined Conference is now open! The conference is an opportunity to bring together members of the Young Farmers & Ranchers, Women’s Leadership […]